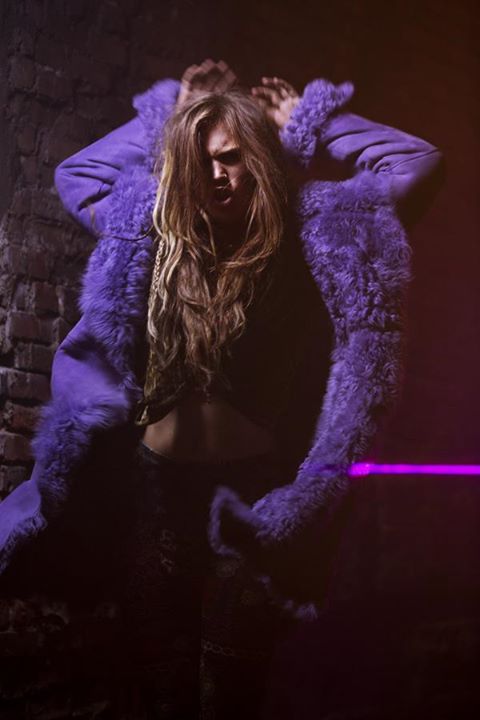 Sometimes you get to know people that are like a bright rainbow in a black-and-white movie. So unique, so different, so beautiful that you just can’t help yourself but absolutely adore them. Ellinor Olovsdotter aka Elliphant is such a one-of-a-kind person. The Swedish singer, photographer and painter doesn’t give a shit on conventions. On beaten paths. On our society. Instead the 29 years old is coloring our gray world with sound-crayons.

Which emotion is the most familiar to you?

Loneliness. I’m alone a lot. It’s not something I’m proud of because I really want to be a person that lives in the moment. But I realized that when I come out of that moment, I feel lonely. I dream a lot. About the perfect love or the perfect meaning or the perfect night. All the time. It’s almost like a fire in me. It can be a positive thing but it also can be negative because it takes you away from the moment – that’s annoying.

The perfect night – how do you imagine it?

I think a perfect night means a combination of many things. A perfect night is good friends, when people are easy, when everybody’s happy because you haven’t met for a while. Then you drink, but not too much. Me and my friends always get shitfaced before entering a club but we have that feeling of being together. You need some good kissing, some good hugging, some good chatting, some good music.

What’s the difference between Elliphant and Ellinor?

Elliphant is inspired by Ellinor, by my life. It’s a channel for my frustrations and for my questions. It represents me a lot! Especially when I was questioning things more, back when I was a teenager. I think I’m still very inspired by these questions. Looking at life when you felt misunderstood, when you had that frustration typically for a youngster. That’s where I get most of my inspiration.

And which questions are now in your grown up mind?

I’m always questioning the idea of a perfect life. To meet someone, to get a family, to set up a good life. I question if that is a real thing or something that we made up. Everybody’s hunting it but no one really has it. I wonder if that simple happiness, that fulfilled feeling actually exists in humans. I hear that people talk about it saying that they reached there, but until I feel it I don’t know if it’s just an illusion or something that we know from movies. We all live for the future, for the future ideal of who we’re going to be. We want to be happy, we want to be stable, we want to cook good food and drink a good wine and being just chilled. I wonder if that will ever happen! We’ll always have messy fucking minds… I think about religion, I think about God. I think about life a lot, like what is the meaning, what is the point. I don’t know if I will ever find answers to that. 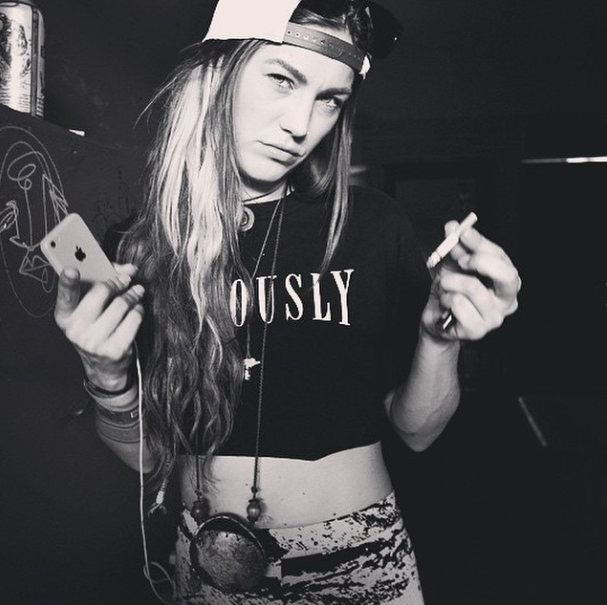 Do you think you’re on a good way since you’ve settled down in LA after years of travelling? Did you finally find a home?

Not at all. My album is a lot about that because I don’t think there is a home. Some people have a home because they have a stable family or something like that and it’s a place that they call home. But that home can burn down and they don’t have that home anymore. Parents can separate. And then? Of course I do have a home. It’s where I put my clothes but it’s not like a real “home”. It’s not that feeling of belonging and safety. So, no, I don’t have my home. I look for a place where I can rest constantly. I really look for a home, I really look for a place to die.

When you were younger you’ve been diagnosed with ADD and dyslexia. In which way did that influence your artistic life?

It definitely had an effect on why I wanna speak, why I want constantly make art from my life and from my questions and why I wanna show myself naked to the world. That’s the only war I’m taking on humans. You can bomb each other, you can do what the fuck you want. I don’t really care. I love the person right in front of me and I hate the rest. I know that we have a society that puts you in a box instead of looking at itself as the problem. Why do we have so many depressed people? Instead of asking that to themselves and change their behavior they look for simple solutions like anti-depressives or medication. That’s crazy! For me that feels like it could have huge effects in the future because all these emotional people are very important for our culture. When we only have people who go to their work from 9 to 5, get their children, do their thing, being that perfect bubble person, we’re not going to have any art, we’re not going to have any music. Everything that is arty comes from a grey place, comes from not knowing, comes from creativity. And creativity is a scary place to be. To be a person with that kind of mind is very crazy. You’re constantly in contact with your emotions. And then, on the other side, there’s the society that wants to put you somewhere. Like with me: they told me I’m sick, they said it’s a disease, we have medicine for that. But I’m not sick! I’m walking, I look pretty, I dance, I’m a fucking god! Who are you to tell me I’m sick?! I see so many people in my world that took that easy solution and constantly eating those heavy drugs. For me it’s more about taking care of people and accept differences. We’re doing that so much in Europe! But when it comes to be different we’re still on step one. We still don’t take care. For me that’s a big question. Every time someone reaches out with this kind of problems I recognize myself instantly and I feel like this is a big motor for Elliphant to talk to people and to make my music. I want those people to recognize that it’s ok and that they can find some strength in my music to actually say no to the pills. At the end of it there are people earning money with it what is even more disgusting. For me the medical companies are the devil on earth. 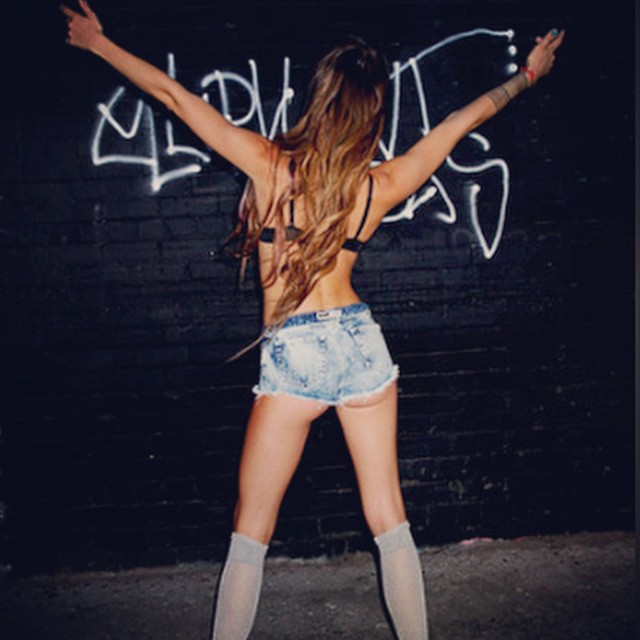 What’s the most important thing you’ve learned in life so far?

I think one really important thing to realize is that giving is the absolute bliss in life. At the moment the society is not really build on that, but at one point it was. When I was six we celebrated Christmas. I was so excited because I made something that I wanted to give to my grandmother. I wanted to give it to her so much that I didn’t even care about my own Christmas gifts! That was I as a very pure soul. But before I was six, I was so needy, I was a little baby. You need so much so that it’s really hard to be a human. I think as soon as you become human in those years between being a baby and getting destroyed is the bliss of humanity. That’s where you find all the answers. Humans are actually good but life makes us fucking terrible. Giving is the ultimate bliss. We should have a society that is more focused on giving people the chance to help… 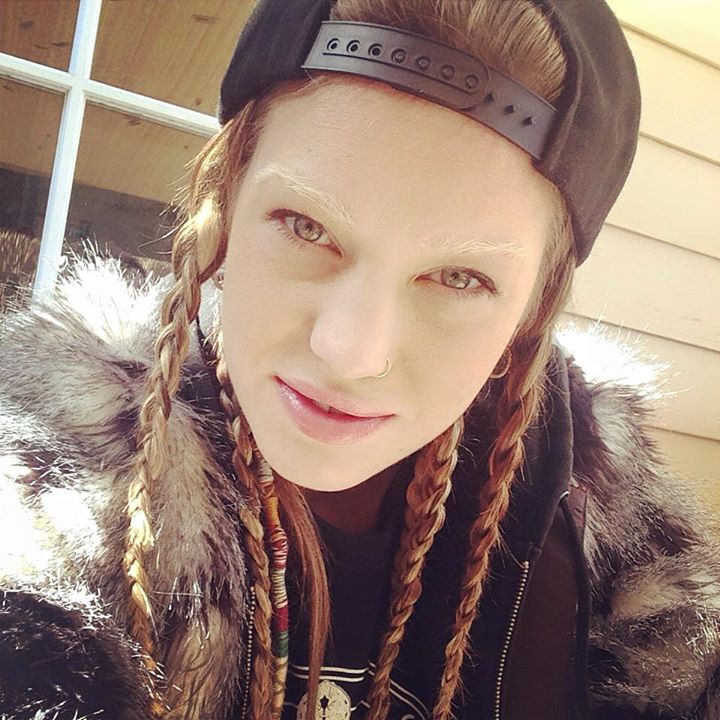